In honor of International Women’s Day, uber-blogger Julie Clawson has invited faith bloggers to post something about the impact women in the Bible have had on the kingdom…on each one of us. 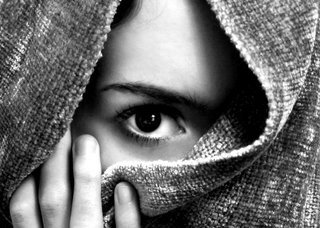 The story of Mary and Martha that is told in Luke 10:38-42 has often been a problem for me.

The story begins with Jesus and 72 of his male disciples entering a village where a woman named Martha lives and has a home. Luke tells us that Martha opens up her home to Jesus and his companions; and then at some point becomes irritated with her sister, Mary, for sitting at the feet of Jesus and listening to what he is saying instead of helping with all of the preparations that need to be made for this large group of men. Martha is so put out by the situation that she goes to Jesus and says to him “Lord, don’t you care that my sister has left me to do the work by myself? Tell her to help me!” (which, btw, seems like a perfectly reasonable request to me) And Jesus replies, “Martha, Martha, you are worried and upset about many things, but only one thing is needed. Mary has chosen what is better, and it will not be taken away from her.”

Do what?? What in the heck was Jesus thinking? Why didn’t he tell Mary to get up off her lazy you know what and get in there and help Martha? Is Jesus exalting Mary over Martha? Does he mean it is better to be contemplative than to be actively serving? That doesn’t exactly jive with some of the other stuff that he has said about being a servant!

At this point, someone usually teaches a lesson about how important it is not to get so busy that we forget to spend quiet, contemplative time with Jesus. And while I think that is a good lesson I have a feeling we may be missing the point of what Jesus is talking about.

You see, I think what has to be addressed is that both Jesus and Mary were committing a social taboo. Women could serve men, but it was inappropriate for them to join in with the guys the way that Mary was doing. Women weren’t supposed to be taught by Rabbis or sit in the room with a bunch of men discussing the Torah. So I think it would be a logical assumption to think the people hearing this story would have been much more shocked about Mary assuming the role of a religious disciple than her not helping in the kitchen…and that is what I think Jesus was referring to.

I believe, as usual, Jesus was turning things upside down and inside out. Just like that, Jesus liberates Mary from her socially defined status of inferiority and marginalization. And by following Jesus, not only was Mary transformed, but the world she inhabited was transformed.

Now, don’t get me wrong, I don’t think this was just about women’s rights. I believe it was bigger than that. It seems that through Mary, Jesus is denouncing social, political and religious structures that do not practice God’s radical hospitality – the sort of hospitality that overcomes injustice and is grounded in love and mercy and compassion. I think Jesus was saying Mary had boldly chosen to take hold of this justice he had offered to her by allowing her to join him and his disciples, the justice was hers now and he would not take it away from her. I would even go so far as to say Martha saw what was going on and wasn’t being honest with Jesus about what was so upsetting to her – perhaps she wasn’t even aware of what was causing all the anxiety she was feeling. Of course Jesus obviously knew what was upsetting Martha and that explains why he answered her the way he did. He knew Martha was being the voice of the status quo that resists change, even “just” change.

The lesson in Luke 10:38-42 is not that reading the bible or praying is superior to cooking a meal or cleaning house. The lesson is that as followers of Jesus we are not only invited to partake of God’s radical hospitality but we are called to practice it by seeking justice for those in the margins, challenging discrimination wherever we see it and transforming our relationships so that they reflect the love of Christ.

PLEASE NOTE:  After I wrote this someone made me aware that there were probably some women among the 72 disciples mentioned at the beginning of the story.  That is certainly possible as Jesus was known for going against the norm.  Although that piece of info is important it does not mean that it was common or socially acceptable for women to do such things.

Check out the other participants in this synchroblog:

Julie Clawson on the God who sees
Steve Hayes on St. Theodora the Iconodule
Sonja Andrews on Aunt Jemima
Sensuous Wife on a single mom in the Bible
Minnowspeaks on celebrating women
Michelle Van Loon on the persistant widow
Lyn Hallewell on women who walked with God
Heather on the strength of biblical women
Shawna Atteberry on the Daughter of Mary Magdalene
Christine Sine on women who impacted her life
Susan Barnes on Tamar, Ruth, and Mary
Kathy Escobar on standing up for nameless and voiceless women
Ellen Haroutunian on out from under the veil
Liz Dyer on Mary and Martha
Bethany Stedman on Shiphrah and Puah
Dan Brennan on Mary Magdalene
Jessica Schafer on Bathsheba
Eugene Cho on Lydia
Laura sorts through what she knows about women in the Bible
Miz Melly preached on the woman at the well
AJ Schwanz on women’s work</a?
Pam Hogeweide on teenage girls changing the world
Teresa on the women Paul didn’t hate
Helen on Esther
Happy on Abigail
Mark Baker-Wright on telling stories
Robin M. on Eve
Alan Knox is thankful for the women who served God
Lainie Peterson on the unnamed concubine
Mike Clawson on cultural norms in the early church
Krista on serving God
Bob Carlton on Barbie as Icon
Jan Edmiston preached on the unnamed concubine
Deb on her namesake – Deborah
Makeesha on empowering women
Kate on Esther
Doreen Mannion on Deborah
Patrick Oden on Rahab
Scot McKnight on Junia
Beth Patterson on Esther