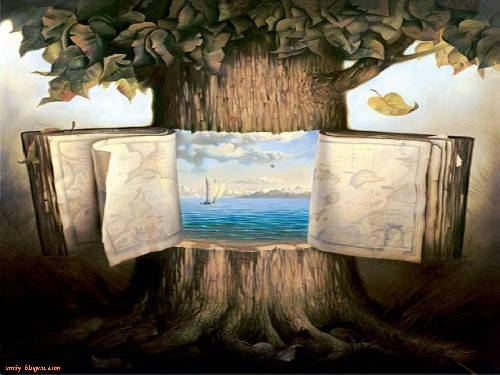 This post is my contribution to this month’s synchroblog that invites bloggers to weigh in on a monthly topic for discussion. This month’s topic asks the question: WHAT IF some or all of the Bible narrative is not necessarily true history, but is myth of one sort or another. What sort of effect would that knowledge have on your faith? What effect might it have on the larger church? How would it change you? Would it change you and how you view the world?

There was a time when I would have argued against the idea of the Bible being anything less than completely factual but those days are in the past.  Today, I not only believe that much of the Bible is myth but I think this realization has made scripture richer with meaning and fuller of truth.  Rather than take away from the sacredness or the importance of scripture it has enhanced the value of scripture in my life.

Since I began to read scripture as myth I no longer get sidetracked by the fact that much of scripture is simply unbelievable and scientifically impossible.  I don’t have to wonder if a miracle story was really a miracle or if there is some modern day explanation for what happened. I don’t get hung up knowing that many of the stories in the bible appear to be borrowed or copied from other traditions and I don’t waste my time trying to reconcile the inconsistencies.

One of the most interesting things I discovered regarding reading scripture as myth is that it isn’t a new idea.  Throughout history there have been respected theologians that have read parts of scripture as myth. Many early church Fathers, such as Origen (185-254 AD) and Augustine (354-430 AD), interpreted Genesis as metaphor and rejected literal interpretations.  In fact, viewing scripture as inerrant, in which every word is considered to be true, didn’t come into existence until the 19th century.

I’ve noticed that many people have a problem reading scripture as myth because they believe it devalues the sacred text.  What so many don’t realize is that myths have always served a very valuable place throughout history to unite communities and enlighten individuals.

“In an important sense, myths are the collective symbolic history of cultures, the repositories of their deepest ideals and aspirations.” Bill Moyers

“… there’s lots of kinds of stories. There’s jokes and there’s animal fables and things. And there’s what happened to Bill when his tractor went into the pond. Myths are more important to a culture. They are stories around which a culture revolves and on which it builds all sorts of beliefs and activities.” Margaret Atwood

Some people have asked me how do I determine what is myth and what is true and I explain to them that I don’t think of it that way.  That doesn’t mean that I don’t look for truth when I read scripture.  It means that facts are not the only way that truth is revealed.  I believe that myths not only reveal truth but that they have an uncanny ability to enlighten and transform.

“There is a mythic truth, which is an imaginative truth, an emotional truth, a way of understanding the world which is not about the facts and the figures, but which is nevertheless valid.”  Jeanette Winterson

Actually, I would go so far as to say that myth is absolutely necessary when it comes to telling stories about God.  God is too big, too unknown, too mysterious, too ultimate to be captured in facts and so we depend on myths, which are said to be the ultra ultimate truth, to tell us about that which cannot be put into words.

“Mythology is not a lie. Mythology is poetry, it is metaphorical. It has been well said that mythology is the penultimate truth – penultimate because the ultimate cannot be put into words. It is beyond words, beyond images. Mythology pitches the mind beyond that rim, to what can be known but not told.”  Joseph Campbell

***The title of this post has been changed from “Penultimate Truth” to “Ultra-Ultimate Truth” because I gained the knowledge that although the word “penultimate” is often used to denote something to be “beyond” the ultimate it actually means “next to last”. Once I had the knowledge I could not let the title stand and needed to also point out that it is incorrectly used in the quote by Joseph Campbell. The idea is the same but the word is wrong. Mythology is the “ultra-ultimate truth” because it conveys a truth that is beyond facts and words.

I hope you will take the time to read the other great contributions to this month’s synchroblog: