This post is part of the February Synchroblog “Cross Gender Friendships”.  I will list the links to all the contributions at the end of this post as soon as they are available. 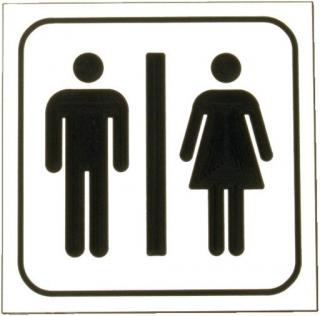 Although I grew up going to a Baptist church and living in a conservative, Christian community I wandered from the church during my twenties but returned after my husband asked me for a divorce eight years into our marriage.

Having not been an active “adult” member of an evangelical church I was unfamiliar with a lot of the “unspoken” rules about relationships between men and women, but over time I learned that it definitely wasn’t considered safe for me and a married man to be alone and maybe not even good for me to be alone with a single guy. Why? Well, mainly because we might end up having sex. It could happen in a variety of ways but what it would amount to is we might be sexually attracted and not be able to control ourselves.

Once, when our pastor had a biking accident and broke his collar bone I stopped by his home early one evening to drop off a meal only to discover that he was uncomfortable with me entering his home because his wife was at the grocery store and he was home alone with his youngest son who was probably around 3 or 4 at the time. I was taken aback because the problem at hand had not occured to me, but when he asked me if I could come back in 30 minutes I agreed. However, when I came back almost an hour later she still wasn’t home.  He reluctantly made the decision to let me in with the meal, reassuring me that she would probably drive up any minute. After putting the meal in the kitchen I sat on the edge of a chair that was the farthest from him in their family room. I don’t remember what I was wearing but be assured it was modest as I wouldn’t have showed up at my pastor’s home in anything else. I remember sitting with my legs tightly held together and my arms crossed across my chest wishing I could hide my body because … well, because, I needed to hide it before it caused something bad to happen. As we sat there trying to engage in polite conversation I got the feeling that he was as uncomfortable as I was. I recall wondering if it would look more or less suspicious if I stayed until the Mrs. showed up or better if I left before she returned. I tried to play it out in my head …if she came home and we were sitting far apart and nothing was going on it would probably be better than if she came home and found out I had been there and already left because then she might think we had time to … what? flirt? kiss? have sex? … I tried to ask about his injury and how he was feeling but immediately felt like that was being too intimate, and changed the subject to the weather. When I glanced at my watch to check the time and realized that I had been there less than ten minutes, even though it felt more like an hour, I knew I had to get out of there. I couldn’t take it. I left feeling anxious and ashamed and worried even though nothing wrong or bad or inappropriate had occurred.

Looking back, it sounds crazy to me. Why didn’t I question the idea that good, mature, adult people who were serious about following Jesus, loving others and having healthy relationships couldn’t be trusted to control themselves? But at the time I didn’t question it and I think a lot of the reason I didn’t question the idea was because I was so new at learning what it meant to be a follower of Jesus. It would be years later when I would realize that being a follower of Jesus should be more about transformation than avoidance.

There was a story in the news recently about a dentist who fired his dental assistant because she was too attractive to him (irresistible is the word that was thrown around). He said he was afraid, even though nothing inappropriate had happened, that he might end up having an affair with her. It turns out that he had talked about it with his wife, who also worked at his dental practice, and then together they had talked to their pastor (probably at her suggestion). Together they all decided that it would be best to fire the dental assistant. When the dental assistant filed a lawsuit the courts ruled in the dentist’s favor, saying he had the legal right to fire her.

IMO the church needs to do some serious re-evaluation about what it teaches when it comes to cross gender friendships.

Be sure and check out the other posts for this month’s synchroblog:

Chris Jefferies – Best of both

Alise Wright – What I get from my cross-gender friend

Amy Martin – Friendship: The most powerful force against patriarchy, sexism, and other misunderstands about people who happen to not be us, in this case, between men & women

Kathy Escobar – The Road To Equality Is Paved With Friendship