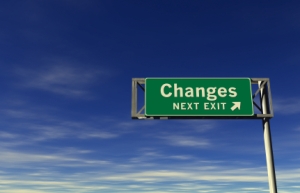 If the church were Christian, Jesus would be a model for living, not an object of worship.

If the church were Christian, affirming our potential would be more important than condemning our brokenness.

If the church were Christian, reconciliation would be valued over judgment.

If the church were Christian, gracious behavior would be more important than right belief.

If the church were Christian, inviting questions would be more important than supplying answers.

If the church were Christian, encouraging personal exploration would be more important than communal uniformity.

If the church were Christian, meeting needs would be more important than maintaining institutions.

If the church were Christian, peace would be more important than power.

If the church were Christian, it would care more about love and less about sex.

If the church were Christian, this life would be more important than the afterlife.

In the end, what I’m hoping for is a church a little less full of itself, and a little more full of love. It wouldn’t take much, for love and grace and kindness have a way of multiplying. We can start with just a few bones of it, and watch it build into something so vast it boggles the mind — a divine extrapolation, if you will.

This post is a contribution to the June Synchroblog: What’s In Your Invisible Knapsack?  The “Invisible Knapsack” is a term coined by Peggy McIntosh in her 1988 essay, “White Privilege: Unpacking the Invisible Knapsack.” Her short essay reflected on the unearned privileges that whites could count on each day, but about which they remained oblivious. This month’s synchroblog asks us to peek inside our own invisible knapsacks and discover what’s inside.  I will add a list of other posts to the end of this as they come available. 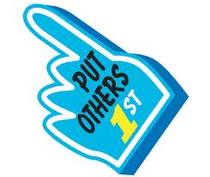 I come from a conservative, evangelical, Christian background and for many years I spent the majority of my time actively involved in a conservative, evangelical, Christian church.  In all the many times I attended a bible study, heard a sermon, participated in a small group discussion, went to a retreat, attended a conference I don’t remember much (other than the occasional remark about being grateful that we could practice our religion freely without fear) ever being said about the many privileges that Christians in the U.S. enjoy, or the powerful position that Christians in America hold, or how Christian privileges affect those who are not Christians.  In fact, it was not uncommon to hear someone say that Christians in the U.S. are victims and are persecuted and oppressed.

As a Christian, that perspective upsets me tremendously because Christians are one of the most privileged and powerful groups in America and yet the majority of Christians in America seem oblivious to how silly and self centered they appear when they complain about the “war on Christmas” or “not being allowed to pray in public schools” or “the ten commandments not being allowed to be posted in a government office”.  Not only is it insensitive to Christian’s in other parts of the world who are actually dealing with persecution and oppression but it is insensitive to those in the U.S. who are not Christians.  It’s as if anything short of total hegemony constitutes oppression.  And on top of that I am really appalled at the ways Christians go out of their way to find and use “loopholes” in laws in order for them to go on enjoying their privileges and ignoring the way their privileges infringe on others.

My youngest son graduated from high school this year and because he performed so well academically we attended quite a few ceremonies where he was recognized for his achievements.  At every single ceremony we attended, including the actual graduation ceremony, Christianity was front and center.  Whether in an opening or closing prayer, a song sung by a choir, words about God and faith in a speech – the insinuation was that Christianity was the normal thing, the accepted thing, the best thing, the right thing.  Most of the time no laws were being broken because the loopholes were being strategically implemented.  But even if a law was being broken who would push back?  Everyone there was aware that the Christians were in charge.

What bothered me the most was the self centered attitude which allowed these Christians to openly ignore the fact that there were people among them who were present who were not Christians.  These people were there either to be honored or to honor someone they knew and cared about.  It was a special evening for them too.  Yet, they were being treated as if they didn’t matter, as if they were not important, as if they were less than, second class, invisible. 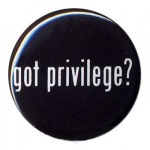 Is that how Christians should manage their privileges?  What happened to the idea of putting others interests above our own?  Shouldn’t we yield our own rights in order to be considerate of someone else’s feelings?  Do we really think that lording our rights over others is a positive demonstration of what it means to be a follower of Jesus Christ?

In January of this year Rep. Tim Scott of South Carolina said “The greatest minority under assault today are Christians.  No doubt about it.”

Where does that come from?  Do Christians really believe that?

No matter how you slice it, Christianity is not a minority.  It remains the world’s largest religion and more than 36% of Christians live in the U.S.

Wiccans, Pagans, Jews, Atheists, Muslims are all victims of persecution and oppression in America and yet any right or protection for any of these groups are often used by Christians to claim persecution of themselves.

If so, here are 40 Christian privileges to get us started:

1. It is likely that state and federal holidays coincide with my religious practices, thereby having little to no impact on my job and/or education.

2. I can talk openly about my religious practices without concern for how it will be received by others.

3. I can be sure to hear music on the radio and watch specials on television that celebrate the holidays of my religion.

4. When told about the history of civilization, I can be sure that I am shown people of my religion.

5. I can worry about religious privilege without being perceived as “self-interested” or “self-seeking.”

6. I can have a “Jesus is Lord” bumper sticker or Ictus (Christian Fish) on my car and not worry about someone vandalizing my car because of it.

7. I can share my holiday greetings without being fully conscious of how it may impact those who do not celebrate the same holidays. Also, I can be sure that people are knowledgeable about the holidays of my religion and will greet me with the appropriate holiday greeting (e.g., Merry Christmas, Happy Easter, etc.).

8. I can probably assume that there is a universality of religious experience.

9. I can deny Christian Privilege by asserting that all religions are essentially the same.

10. I probably do not need to learn the religious or spiritual customs of others, and I am likely not penalized for not knowing them.

11. I am probably unencumbered by having to explain why I am or am not doing things related to my religious norms on a daily basis.

12. I am likely not judged by the improper actions of others in my religious group.

13. If I wish, I can usually or exclusively be among those from my religious group most of the time (in work, school, or at home).

14. I can assume that my safety, or the safety of my family, will not be put in jeopardy by disclosing my religion to others at work or at school.

15. It is likely that mass media represents my religion widely AND positively.

16. It is likely that I can find items to buy that represent my religious norms and holidays with relative ease (e.g., food, decorations, greeting cards, etc.).

17. I can speak or write about my religion, and even critique other religions, and have these perspectives listened to and published with relative ease and without much fear of reprisal.

18. I could write an article on Christian Privilege without putting my own religion on trial.

19. I can travel without others assuming that I put them at risk because of my religion; nor will my religion put me at risk from others when I travel.

20. I can be financially successful without the assumption from others that this success is connected to my religion.

21. I can protect myself (and my children) from people who may not like me (or them) based on my religion.

23. I can safely assume that any authority figure will generally be someone of my religion.

24. I can talk about my religion, even proselytize, and be characterized as “sharing the word,” instead of imposing my ideas on others.

25. I can be gentle and affirming to people without being characterized as an exception to my religion.

26. I am never asked to speak on behalf of all Christians.

28. My place of worship is probably not targeted for violence because of sentiment against my religion.

29. I can be sure that my religion will not work against me when seeking medical or legal help.

30. My religion will not cause teachers to pigeonhole me into certain professions based of the assumed “prowess” of my religious group.

31. I will not have my children taken from me from governmental authorities who are aware of my religious affiliation.

32. Disclosure of my religion to an adoption agency will likely not prevent me from being able to adopt children.

33. If I wish to give my children a parochial religious education, I probably have a variety of options nearby.

34. I can be sure that my children will be given curricular materials that testify to the existence and importance of my religion.

35. I can be sure that when someone in the media is referring to God, they are referring to my (Christian) God.

36. I can easily find academic courses and institutions that give attention only to people of my religion.

37. My religious holidays are so completely “normal” that, in many ways, they may appear to no longer have any religious significance at all.

38. The elected and unelected officials of my government probably are members of my religious group.

39. When swearing an oath, I am probably making this oath by placing my hand on the scripture of my religion.

40. I can openly display my religious symbol(s) on my person or property without fear of disapproval, violence, and/or vandalism.

Journal of Multicultural Counseling and Development, 31(1), 44-51

Here are the other contributions for this month’s synchroblog:

K.W. Leslie at More Christ – Sharing From The Invisible Knapsack

Jeremy Myers at Till He Comes – My Black Privilege