Today’s post is my contribution to theEighth Letter project, which invites participants to compose letters to the North American church in the spirit of John’s seven letters of Revelation.  A handful of these letters will be chosen for public reading at the Eight Letter conference in October. 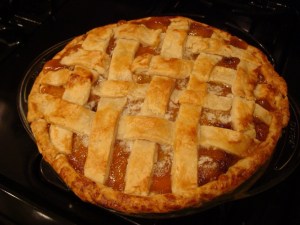 I don’t know if you remember me but we were pretty close at one time.  I not only was an active member and servant of one of your local communities for most of my life, but I also attempted to be a faithful representative of what you taught and believed in my every day life.  But, that was then, and this is now, and, well … it’s been a while since we were close, and I don’t even know if you would recognize me these days – I’ve changed a lot since then. Which brings me to the point of this letter …  I want you to consider making a change.

I realize it is a little presumptious of me to show up like this, asking you to change, after the way I just up and left with little or no explanation.  I didn’t mean to be rude or inconsiderate – it was a crazy time for me. It all started when my son told me he was gay and that he didn’t believe loving, monogamous same sex relationships were wrong.  At first I tried to tell him all the things you had taught me about same sex relationships but those things didn’t end up standing up under scrutiny.  When I studied scripture and took the time to look at original language and historical contexts I realized that the few references available were not as black and white as I had been led to believe.  On top of that, I knew my son.  I knew he was a good person. I knew he loved God and wanted to be a disciple of Jesus Christ.  Things weren’t adding up and it was a disturbing, scary and lonely time for me.  Anyway, once I realized, and began to accept, that I (and you) might be wrong about same sex relationships I naturally started wondering about some other stuff … and, well, one thing led to another and before I knew it there were a lot of things about you that I could no longer support.

Don’t get me wrong – I didn’t walk away from the faith – I didn’t stop following Jesus – I didn’t even want to leave the church.  I just didn’t fit in anymore.  There was no place for someone like me unless I wanted to be treated like I was less than others.  If I didn’t conform I just wasn’t “in”  … so I left.  But, I miss you, I really do. And it’s because I miss you and want to reconcile with you that I dare to ask you to consider making a change that I believe would start the healing process that needs to take place between you and me.

Something I would like for you to consider is being a little more humble about what you know and believe to be true.  I would suggest that pastors stop saying most everything from the pulpit with absolute certainty; that those who teach scripture acknowledge the contradictions and conflicts without resorting to flippantly explaining them away; that followers of Jesus with doubts, questions and different beliefs stop being treated as backsliders or as immature or as unbelievers; that different interpretations of scripture be examined and considered respectfully; and that you spend more time teaching people how to ask good questions rather than always being so quick to give answers.  Of course, this would indeed require that you also teach and model how to live with the tension of living out one’s beliefs with conviction while at the same time being humble enough to remain aware that ones belief could be wrong.  That may not be as easy as “being certain” but, I think in the long run it will be more effective in helping people to be transformed into people who are kinder, gentler and more compassionate – people who are more like Jesus.

When you think about it, the church has gotten it wrong in the recent past about things like slavery and interracial marriage.  So, what makes anyone think they are finally to the point where they have it all figured out when it comes to stuff like atonement theories, heaven and hell, women in ministry, same sex relationships and a bunch of other stuff.

After all …How can God speak into our lives if we aren’t humble enough to listen and hear?  How will we know if we are mistaken about something if we hold on to our beliefs with unswerving certainty?  Can we really be transformed without being humble about what we know?  Shouldn’t unity be able to exist without conformity?  Doesn’t it make sense that people who are serious about being followers of Jesus would ask tough questions?

Let me stop there and just say this:

To put it simply, I am suggesting that you put some humble pie on the menu … and if you do, I’d love to sit down and have a slice with you …  if that’s okay with you.

Please go to Rachel Held Evans blog here to find the links to the other letters.