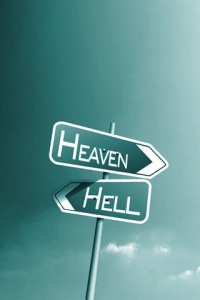 There has been a lively discussion going on over at Scot McKnight’s blog, Jesus Creed, about Brian McLaren’s view of the Soul-Sort Narrative in his new book, A New Kind Of Christianity.  Unfortunately, some of the theological talk went over my head but the last comment (at least it was the last one as of today) shared one of those real life illustrations that leaves a lot of the theological banter sounding cold and shallow.  Comment #107 by Lindsey, asked the question:  “Whose soul will be condemned to torment?”   Here’s part of what Lindsey had to say:

I attended a funeral of a man that I worked with. He was in his mid-forties and died of a rare form of cancer. He and his family were devoutly Jewish. The service was moving, spiritual, and had the raw feeling of the God of Abraham in Holy Spirit in the room. This man, Brooke, was an ophthalmologist, and had left his successful and lucrative practice to teach high school science to inner city kids. I taught with him. The kids were heartbreaking, helpless, and hopeless, and he built them up in every way. As he went through painful treatment, he refused to quit teaching, and taught up until a week before he died. The synagogue at his funeral was filled with his students: poor kids, minority kids, kids that had never set foot in a house of worship before. Through Brooke, these kids, and all who worked with him, saw God. Brooke, though he didn’t know it, was a true servant of Christ. Meanwhile, my very Christian neighbors across the street sport a confederate flag bumper sticker right next to their cross. Through this simple gesture, they have turned away many people in my neighborhood from even being willing to hear the name of Jesus. These people, have condemned countless people to eternity without Christ through their ignorance and selfishness.
So tell me, who’s soul will be condemned to torment?

What do you think?

5 thoughts on “Whose Soul Will Be Condemned To Torment?”