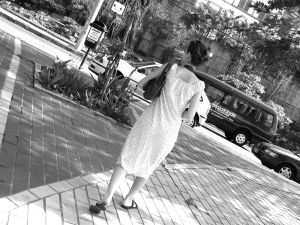 This election year has brought up a lot of divisive issues…race, sex and age to name a few…but the one that I was most surprised to see come up was the issue of women in church leadership.

In September Dan Kimball blogged about the dilemma of conservative Christians supporting a woman as a vice presidential candidate but at the same time being against women being ordained as pastors. A week later David Gushee wrote an opinion piece for USA Today asking conservative evangelicals some tough questions regarding this issue. That started me thinking again about how uncomfortable I am with the whole idea of women not being allowed to do certain things in the church.

First, it is difficult to find anyone that totally agrees on where the lines are to be drawn. Is it only that women cannot be ordained? Or is it that they cannot preach at all? Or teach? Or speak? Serve as deacons? Teach in seminaries? What exactly is it that they can and cannot do? Who decides and on what basis?

Then there are all the irrationalities and contradictions to process. Why is it okay to teach children and other women, but not men? Why would it be okay to stand up and deliver a message to a group of people but not stand behind a pulpit? Is it really that much difference in teaching a 17 year old male and a 19 year old male? Why would it be okay for a woman to lead a whole nation but not a church that has 50 members? Why does the bible speak favorably of a woman judge who led, taught and had authority over men and women, a woman apostle, women who led church in their homes?

For most of my life I pretty much believed what someone else told me the bible said. That isn’t to say that I didn’t read the bible or study the bible – but I interpreted within the guidelines of what someone else told me it said (a pastor, a commentary, a particular author etc.). Over time I began to realize that I could not accept some of the popular interpretations and I began to dig deeper. One of the topics that I began to look into was the issue of a woman’s role in the church. I was surprised to find out that this was an issue that not only divided Christians and non-Christians, mainliners and evangelicals, liberals and conservatives but also conservative evangelical Christians themselves. I was also surprised that there were some very big words that were being used to describe the two main sides of the issue … egalitarian and complementarian.

Egalitarianism = Belief that there are no biblically mandated timeless distinctions between men and women in the church. They stress an equality of men and women, not merely for salvation or in essential personhood, but in opportunities to hold every office and play every role that exists in church life.

Complementarianism = Belief that there are certain timeless restrictions on women’s roles in the church. They stress that persons in positions of authority can function in loving, supportive ways that do not lead to the abuse of those in subordinate positions. Certain roles are altogether prohibited for women.

As I continued to dig and search I came to the conclusion that Paul was not a sexist, that women are not clearly forbidden to teach, preach, shepherd or lead in the church and/or the home and that Jesus was a liberator of women.

Here are some of the reasons I am an egalitarian:

1. Scripture affirms that women were leaders in ministry – Phoebe was a deacon, Priscilla was a teacher, Lydia was an overseer.

3. If Scripture allows for some ministry roles then we can’t disallow it. The era and culture of the day prevented widespread ministry roles, but Paul doesn’t say that women can’t serve in leadership roles.

4. In I Cor. 11:5 Paul says that women were praying and prophesying in church. In I Cor. 14:34-35 Paul is not restricting women from speaking – otherwise women would not be allowed to sing, give testimony, or say anything at all in church. I believe that Paul was actually refuting the faulty sexist tradition that was prevalent in his day. For more on this read what Cheryl Schatz wrote in her post “Who Dared To Contradict Paul?”

5. In I Tim. 2:11-14 the idea of women being forbidden to teach men is not a universal rule. If we make this universal and transcultural then we have to make all the commands of I Timothy transcultural. Cheryl Schatz also has an excellent post on this point.

6. Jesus treated women different than culture. He taught them and considered them His disciples – Mary of Mary and Martha and the woman at the well are good examples.

7 Given examples of women’s ministry in the Bible it is wrong to take one or two passages that could be situationally conditional and use them to deny or substantially restrict a group of laborers. The burden of proof lies with those that are doing the restricting and I believe they fail to provide the needed evidence. Dave at Clouds of Heaven has an excellent post on this idea here.

But he’s already made it plain how to live, what to do,
what God is looking for in men and women.
It’s quite simple: Do what is fair and just to your neighbor,
be compassionate and loyal in your love,
And don’t take yourself too seriously-
take God seriously. Micah 6:8 (The Message)

Check out the other posts in the “Leadership Synchroblog”:

Jonathan Brink – Letter To The President

Adam Gonnerman – Aspiring to the Episcopate

Alan Knox – Submission is given not taken

Tyler Savage – Moral Leadership – Is it what we need?

Bryan Riley – Leading is to Listen and Obey

Susan Barnes – Give someone else a turn!

Lionel Woods – Why Diverse Leadership is Good for America

Sonja Andrews – Leadership In An Age of Cholera

Bill Ellis – Spiritual Leadership and the Re-humanizing of our World

Beth Patterson – Leadership – Being The River